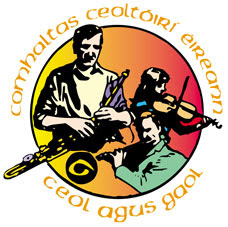 (Photo credit: Wikipedia)The countdown to next year’s All Ireland Fleadh in Derry has officially begun after a handover ceremony at the end of this year’s fleadh in Cavan on Sunday night.

The handover was made by the organisers of Cavan’s fleadh, civil leaders from Cavan County Council, and Comhaltas Ceolteoiri Eireann representatives to Derry’s Mayor, Councillor Kevin Campbell, Eibhlin Ni Dhochartaigh, chair of the Derry branch of Comhaltas, and Sinn Féin MEP Martina Anderson.

Speaking at the gig rig stage in Cavan, Ms Anderson said next year’s Fleadh will be the most talked about in history. “Derry is working hard preparing to host the Fleadh next year and we promise facilities and services that will make Derry a memorable host destination for all Fleadh events - and without doubt we will provide the most talked about fleadh in living memory.

“The Derry Fleadh will be renowned for the spirit of friendship, generosity, welcome and craic. Our enthusiasm will be contagious and it will add to the rich sense of Irish cultural that is evident at every fleadh,” she said.

The city’s first citizen, Colr. Kevin Campbell said the Fleadh will now begin a “historic journey” to Derry. “Fleadh Cheoil na hÉireann Doire 2013 will promote and grow traditional Irish culture leaving a lasting cultural legacy for all of our young people, as well as being an all inclusive event which celebrates traditional Irish culture and respects the many cultures within our society.

“It has already achieved widespread cross community support and promises to be a major peace building project in its own right.

“I am also delighted that Fleadh Cheoil na hÉireann Doire will also be part of the City of Culture celebrations next year,” he said.

On Saturday, President Michael D Higgins also gave his backing to next year’s fleadh in Derry.